To conclude his radio residency at JajajaNeeNeeNee, Emiddio Vasquez presents MF muun: a dj archeology, a backspin on his opening work nuum FM. Here he approaches radio through its “transmission-reception” operation in a dual form: its political character in the history of pirate radio and its ecological role in bat’s echolocation. Though a “dj archeology” approach that digs through discogs’ release catalogues and treats radio waves as a disseminated site for sonic excavation, all these drawn lines and references run in parallel to the sonar echoes of military radar and bats, both serving as navigational devices that help one make sense of their vicinity. In the overlayered soundscape of field recordings and rave culture’s sonic semiotics, MF nuum ultimately frames a certain dialectics between radio infrastructures and cultural hegemony and highlights the complexities of the diasporic production of culture.

While nuum FM focused and fictionalized George, Skepta’s Cypriot cellmate in Ayia Napa, MF muun draws a similar parallel to another “George”. This time the work unfolds through George Power, a transliteration of George (Akis) Heracleous. George Power was a Cyprus born dj and entrepreneur, son of a club owner, who fled the island at the age of 14 during the mid-60’s decolonial upheavals and relocated in London and would thereon become a local legend, a lauded dj and a crucial albeit under-documented figure of London’s music scene: from playing a key role in defining the rare groove culture and the Jazzdance genre all the way to releasing seminal UK garage works through his Nice n’ Ripe record label, the story of George Power is one defined by radio as a community building process.

Starting as a street dj, then moving on at the Westend Crackers dive bar with some uniquely inclusive parties that became home to London’s youth, but also black and gay community, George Power would later launch the London Greek Radio (LGR), a pirate radio station dedicated to the North London’s Greek and Cypriot diaspora. During those transmissions, he also dj-ed some soul music and due to the response and engagement by the community he would then go and co-found yet another crucial pirate radio station: Kiss FM. Along with Radio Invicta, Kiss FM’s role in UK dance culture cannot be understated. Housing shows like Colin Faver’s, whose djing style would inspire and distribute rave culture in UK’s party imaginary, Kiss FM would also eventually become the nation’s first legal radio station specializing in black and dance music.

In MF muun, George Power’s migration story, its historical backbone and radio production as a community-building process point towards another kind of community: a migrant bat species in Cyprus, the Rousettus aegyptiacus.

In David Attenborough’s episode of “The Garden of Eden”, from a 1987 BBC series, he dedicates an unusual segment to Cyprus, where he tells the story of fruit bat migrations from Africa. Being the only ones in Europe and becoming the largest bat species on the island, Attenborough compared fruit bats to other kinds. Unlike carnivorous bats that use echolocation–a sonar call that scans its sonic environment through sound reflections for both prey and navigation­–fruit bats improvised a less “sophisticated” call just to navigate their way into caves during winter hibernation. These “less sophisticated” improvised calls can be imagined as self-defining ones. Calls that fruit bats committed in order to survive, but also to belong, and to form a community, and to make sense of their new home. From an ecological listening position, this evolutionary development and its improvised nature serves as an entry point to re-interpret the history of radio transmission in Cyprus.

Tainted by the ongoing presence of British military bases on the island with radar infrastructures that serve external military interests, the history of radio transmissions in Cyprus is further perplexed by BBC’s own participation in that history through funding the covert radio operations of the Sharq al-Adna station which would be instrumental to the ideological construction of the Middle East and would contribute to the Suez crisis. In some sense, Cyprus’ location transformed it into an island-antenna.

In MF muun we hear a first attempt to synthesize these two narratives. On the one hand, there is an attempt to retrace the location of these bats’ caves following Attenborough’s lead, without wanting to violate their natural habitat, and there is also an attempt interpret their signals in different forms. But during the process of recording the acoustics of their calls gets repeatedly interfered with other transmissions, from both music culture and radar technologies. Ultimately, along with the shortcomings of recording and reproduction technologies as well as that of our hearing, MF muun concludes with a recording of an improvised drum solo by a local drummer, Stelios Antoniou, as he listens back to bat calls and tries imitating their rhythms.

Written by and produced G. Power (credited later on.) 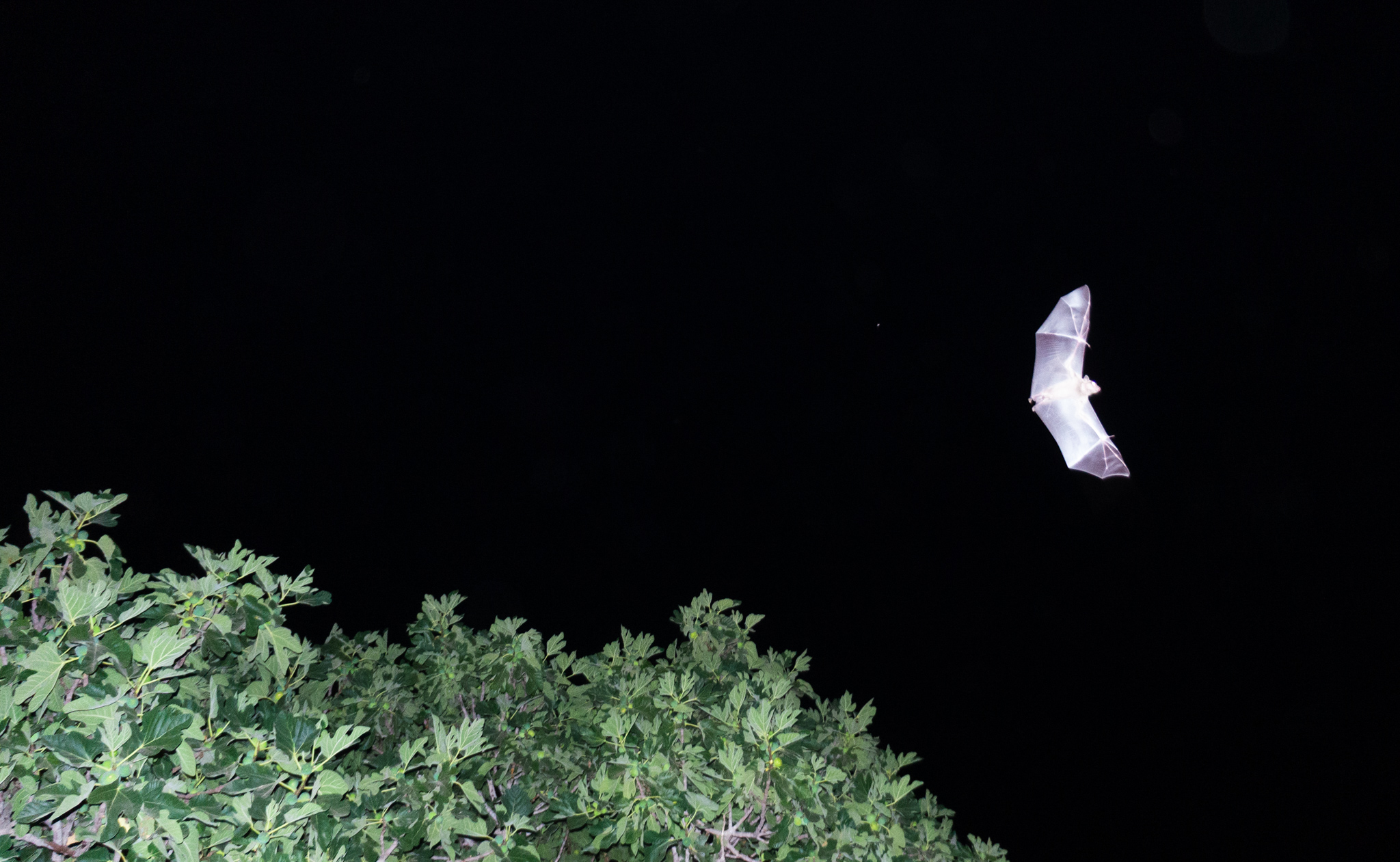