Artists’ Initiatives in the Netherlands, from the 1980s to the Present

Bringing together essential voices from artists’ initiatives, past and present, Quartair hosted an event to consider the enduring influence of artist-run spaces in the Netherlands. The event merged three causes to celebrate: the launch of two companion issues of Kunstlicht that consider the means by which artists subvert and demystify power structures; the planned launch of an online publication series with Platform BK that will feature articles written by Master's students of the Vrije Universiteit Amsterdam that delve into the history of artist-run spaces in the Netherlands from the 1980s/90s; and the 25th anniversary of Quartair, an artists’ initiative that has itself been subverting conventions since 1992. At the crux of the event was a reflection on the critical significance of the artists’ initiative as a space for unmitigated expression.

With short lectures by:

And a discussion between:

This event has been organized by Quartair and Angela M. Bartholomew, in collaboration with Tijdschrift Kunstlicht and Platform Beeldende Kunst. 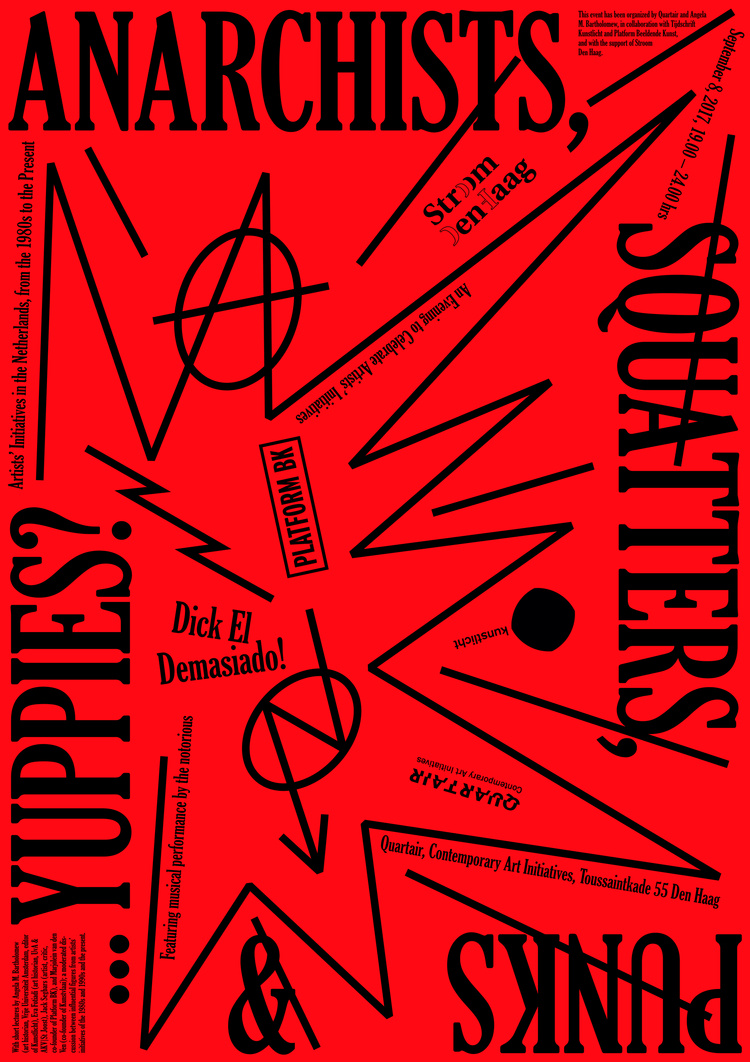