Galerie van Gelder (Amsterdam, 1985-present): with Kees van Gelder
In 1985, Kees van Gelder started a gallery on the second floor of a industrial building in the Planciusstraat in Amsterdam. His aim was to create an open-minded space where artists, particularly those from abroad, could express themselves. His programme is often of a contemplative nature. For several years Van Gelder has been running an online platform dedicated to multiples (thearchiveislimited.com) and is also the publisher of the bilingual art magazine CUT.

Wide White Space (Antwerp, 1966-1976): with Anny De Decker
Wide White Space was founded by Anny De Decker and artist Bernd Lohaus in Antwerp in 1966 and was managed by them both until it closed in 1976. De Decker and Lohaus were instrumental in making collectors, critics, institutions and the public appreciative of new ways in which artists were attempting to come to terms with reality. They also contributed actively to a change in mentality towards contemporary art by giving ‘avant-garde’ artists a platform and working in close collaboration with them. 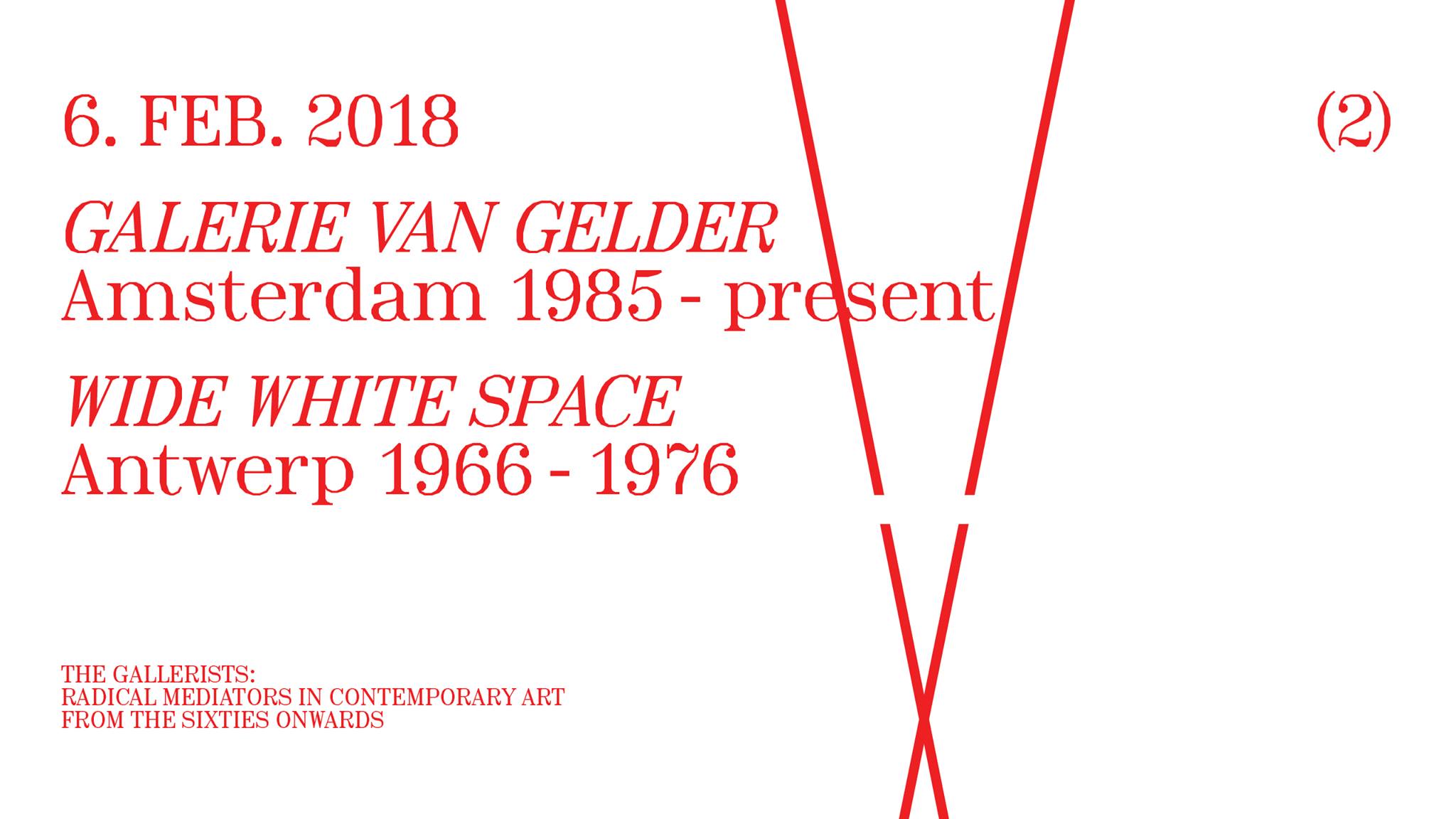